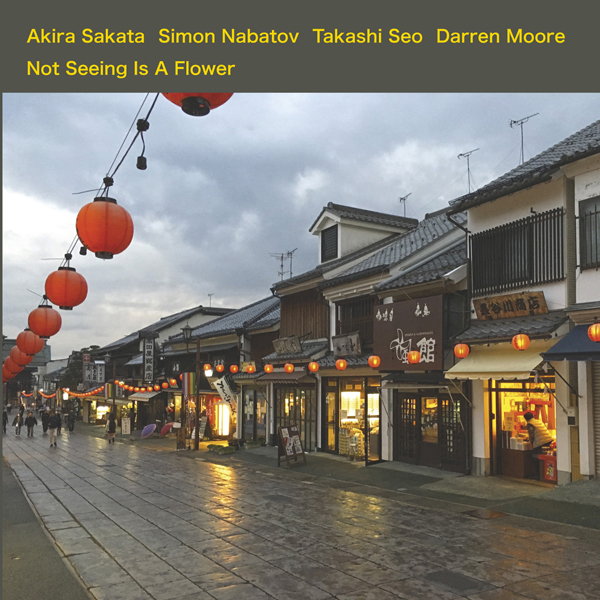 Not Seeing Is A Flower

Not Seeing Is A Flower is the culmination of a six-city tour of Japan in November 2017 that aligned four musicians from different orbits; Japanese free jazz saxophonist Akira Sakata, Tokyo bassist Takashi Seo, Russian born, Cologne-based pianist Simon Nabatov and Australian drummer Darren Moore. The Quartet‘s Japan tour grew out of Nabatov’s two month-long Asian sojourn where he performed in Singapore, Malaysia, Korea and Japan. Not Seeing Is A Flower captures the fire, intensity and range of the quartet’s musical explorations. Recorded live at the legendary Jazz Spot Candy in Chiba prefecture near Tokyo on the final date of the tour, the first set and abridged second set offered here can be seen as a distillation of the group’s character that developed over one week on the road.