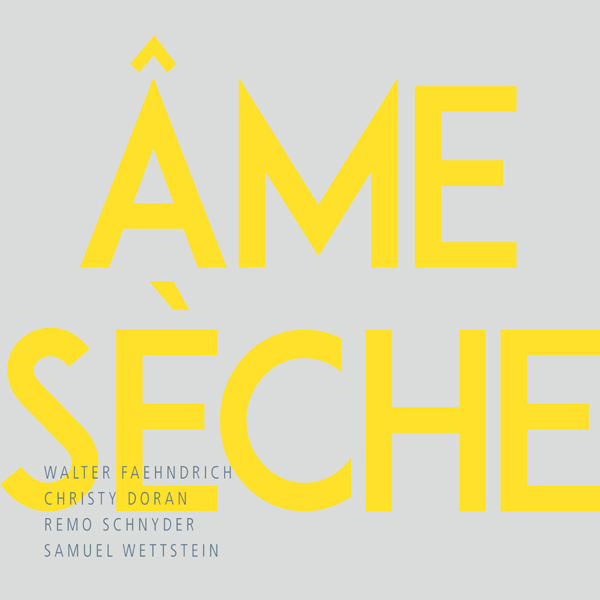 ÂME SÈCHE is an international congregation of musicians of different stylistic origins. Walter Fähndrich is a composer and violist and works with his music installations as a solo violist and improviser. Christy Doran is known as a jazz musician and as an improviser and as such performs internationally in bands of various makeups. Remo Schnyder was influenced by free-jazz in his youth and performs internationally today as a saxophonist with a focus on contemporary and classical music. Samuel Wettstein has been influenced by various musical styles and is a member of Ensemble Phoenix Basel. What do they have in common? Can they speak the same language? It’s up to you to decide. They recorded for you 13 pieces of different durations.