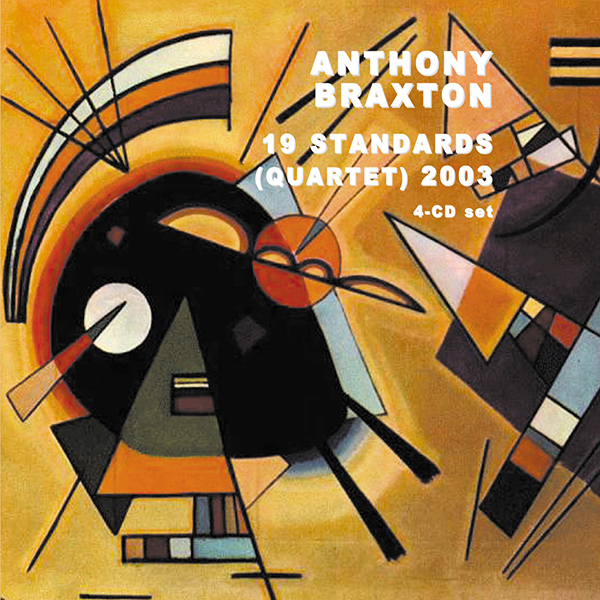 The year 2003 was an extraordinary year for Anthony Braxton. In 2003 Anthony Braxton Quartet went on a European tour which had become legendary. The members of his quartet were Kevin O’Neil on guitar, Kevin Norton on percussion and Andy Eulau on bass. The concept of the tour was to perform jazz standards and during the tour the quartet performed over 60 jazz standards. The results of the tour were two 4-CD sets entitled “23 Standards (Quartet) 2003” and “20 Standards (Quartet) 2003” released by Leo Records. Both sets received tremendous critical acclaim. The writers noted that Braxton performed jazz standards in an entirely new way. Rather than echoing, aping or diminishing the tradition he was reinventing it making both the past and present much richer than it was before. Now we are releasing the remaining 19 standards (no repeats) – 4.5 hours of music. The set is a must not only for Braxton’s followers but for all jazz fans at large.