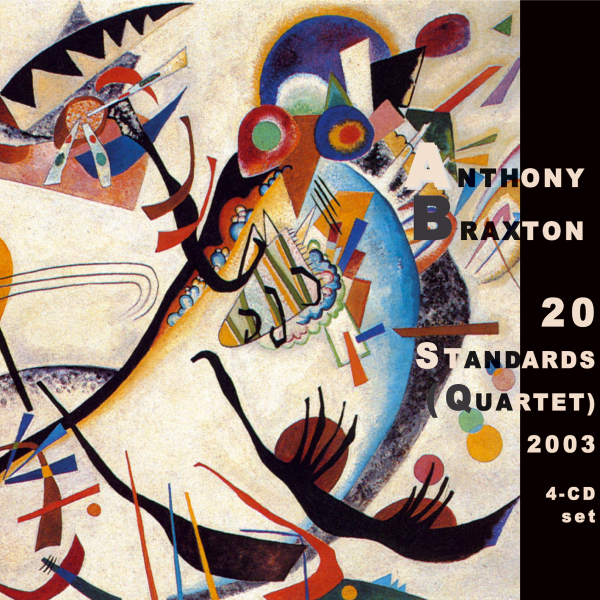 In 2003 Anthony Braxton Quartet went on a European tour which had become legendary. The members of his quartet were Kevin O’Neil on guitar, Kevin Norton on percussion and Andy Eulau on bass. The concept of the tour was to perform jazz standards and during the tour the quartet performed over 60 jazz standards. The results of the tour were three 4-CD sets entitled “23 Standards (Quartet) 2003”, “20 Standards (Quartet) 2003” and “19 Standards (Quartet) 2003”. Each box contains well over 4 hours of music. The three sets received tremendous critical acclaim. The writers noted that Braxton performed jazz standards in an entirely new way. Rather than echoing, aping or diminishing the tradition, he was reinventing it making known the social, moral, and historical imperatives that drive this music and are embedded in the tradition. He makes known the spirit of spontaneity, community, change, freedom, life and creation. He makes it as new and vital as the original forms. We are making these sets available to a wider audience.